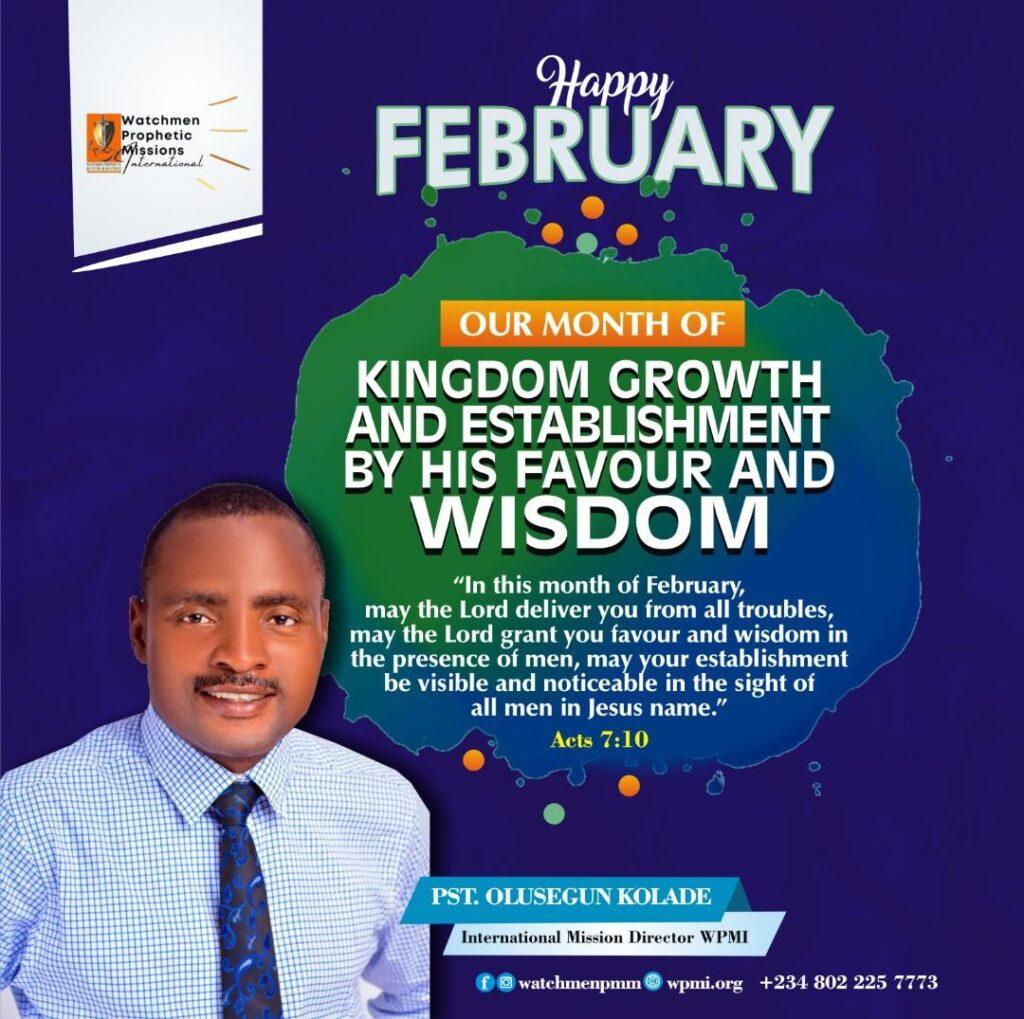 HAPPY FEBRUARY!
Our Month of Kingdom Growth and Establishment by His Favour and Wisdom (Acts 7:10)

In Genesis 39 we find Joseph, whom his brothers have sold into slavery, ascending to the highest position in the house of Potipher, an Egyptian officer of Pharaoh.

Despite the circumstances, the Wisdom and Favour of God never left Joseph’s side, “The Lord was with Joseph….”

In this month of February, may the Lord deliver you from all troubles.

Acts 7: 8-10, “And the patriarchs, moved with envy, sold Joseph into Egypt: but God was with him, And delivered him out of all his afflictions, and gave him favour and wisdom in the sight of Pharaoh king of Egypt; and he made him governor over Egypt and all his house.”

May the Lord grant you favour and wisdom in the presence of men.

Joseph grew mightily and was established, may your establishment be viable and noticeable in the sight of all men in Jesus name. 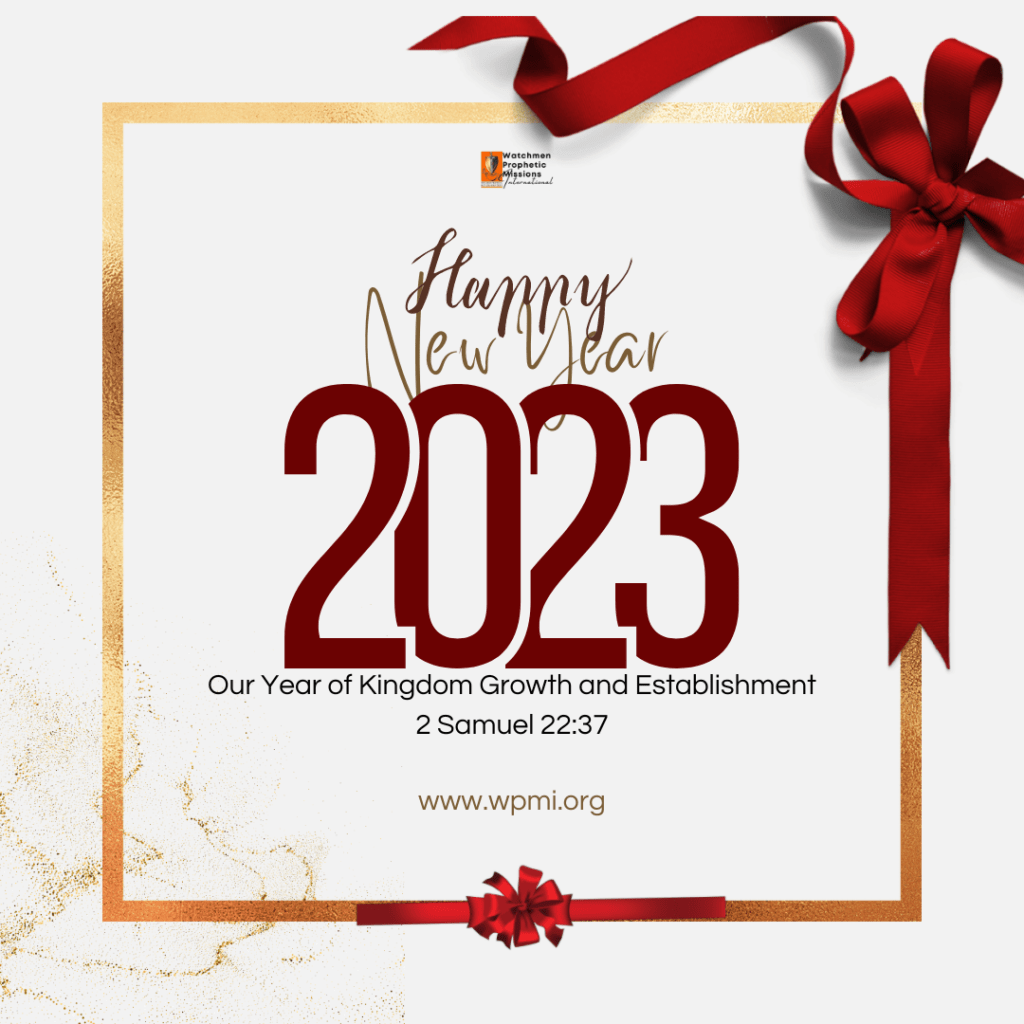 On behalf of my family and team of missionaries, I welcome you to the New year 2023..

Pray that everything you have asked and desire from God will be granted unto you in Jesus name.

May we continue to grow in grace and the knowledge of the Lord..

Please let us not be weary in well doing..

Our reward is here..

We love and celebrate you all.. 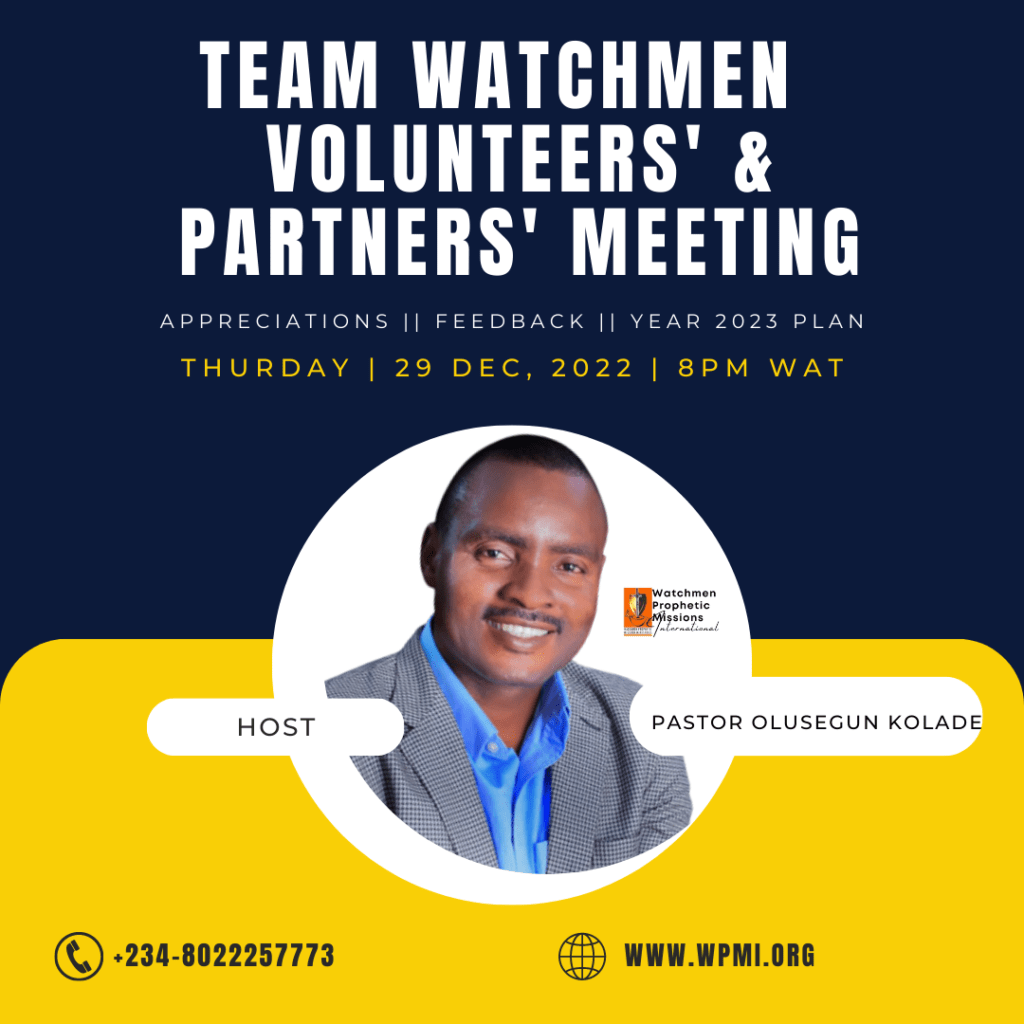 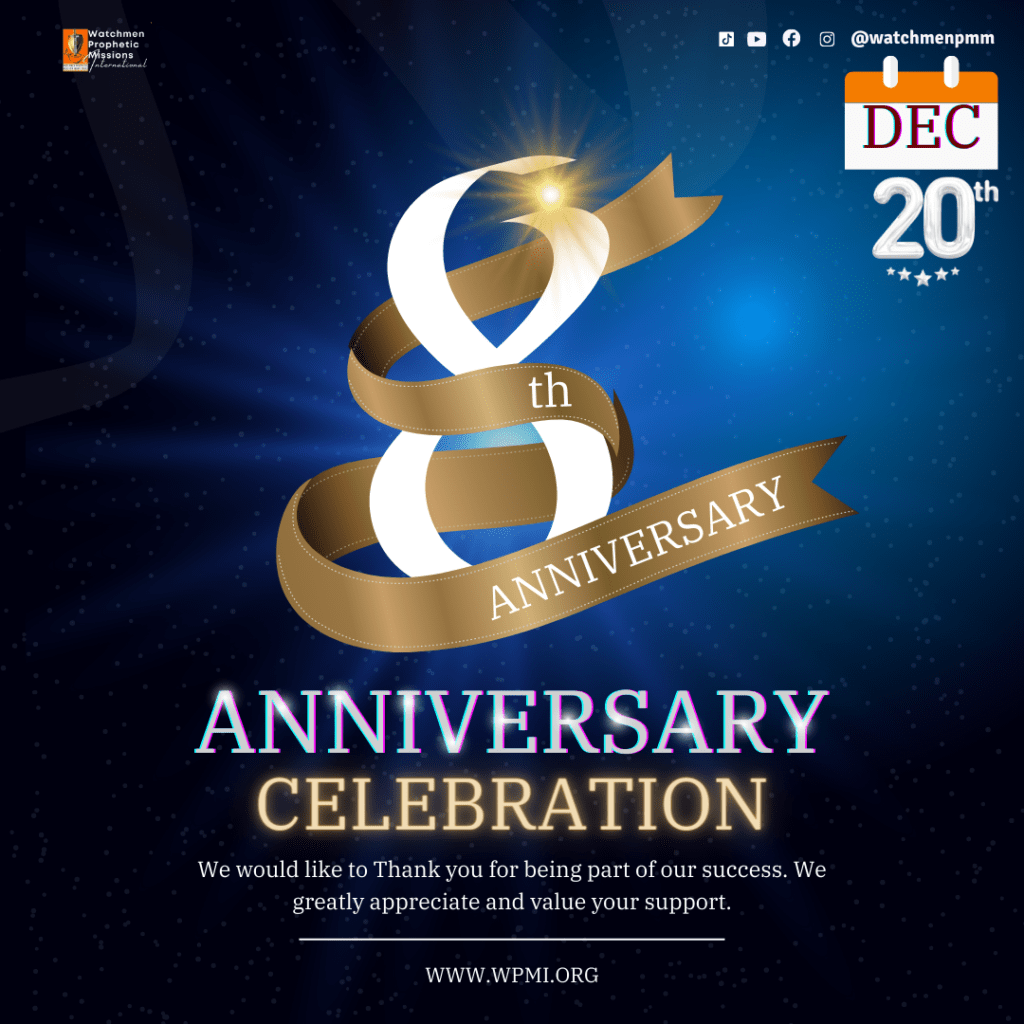 To God alone be all the glory! Let us take this precious moment to thank our Father in Heaven for the grace that he has given to us as we celebrate this important occasion in the WPMI calendar. Through tremendous faith in God and exceeding grace, we have been given this glorious day to celebrate. … 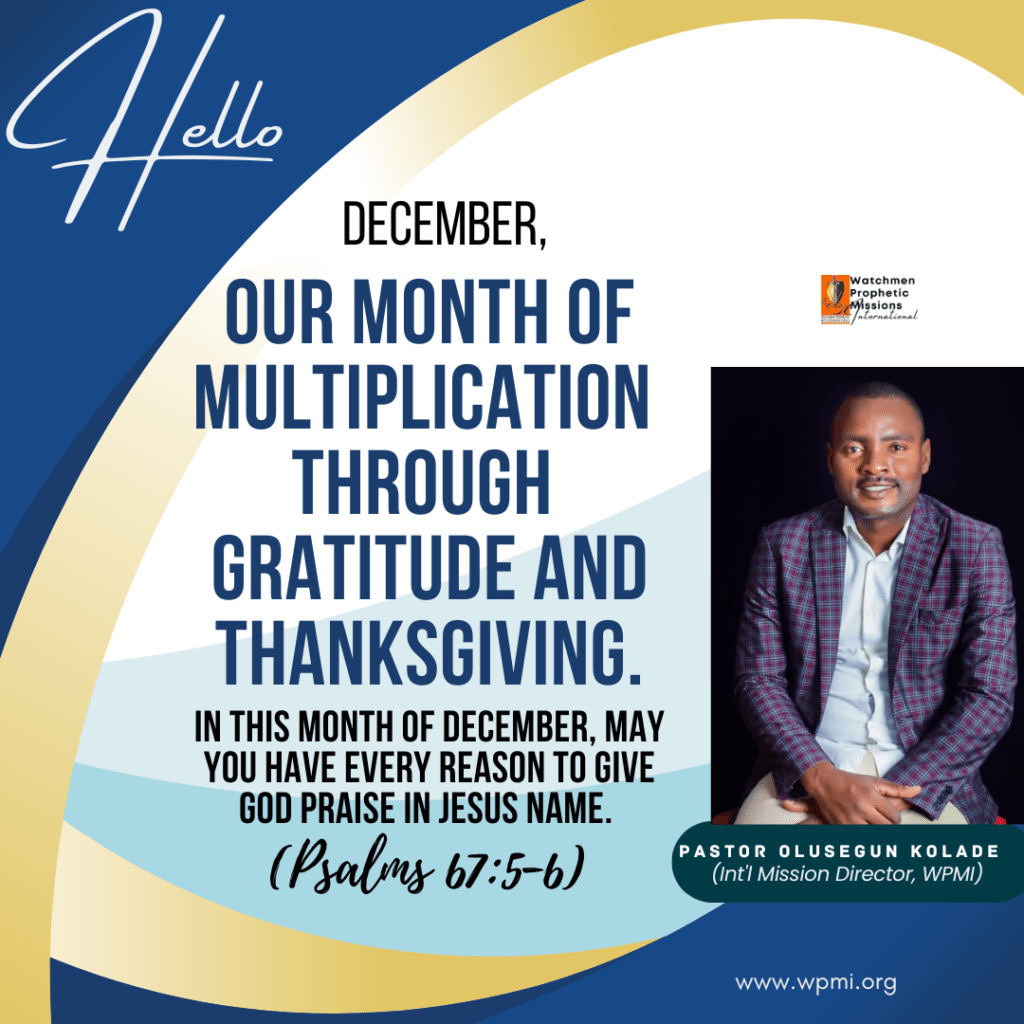 Hello December – Our Month of Multiplication through Gratitude and thanksgiving! Read More » 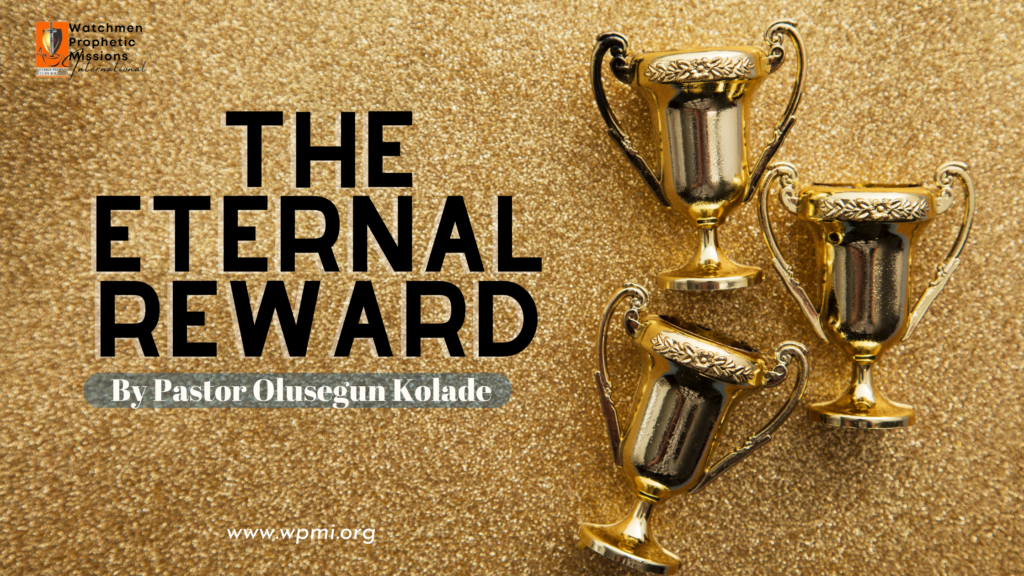 “John 4:36 says, “And he who reaps receives wages, and gathers fruit for eternal life, that both he who sows and he who reaps may rejoice together.““`

This is the beauty of the work we are doing, Because we are gathering fruits for eternal life, we shall not only receive our wages ,

For every penny given,

For every time spent to intercede for these souls

For every beautiful feet that sought after the unsaved souls

We shall be rewarded accordingly. 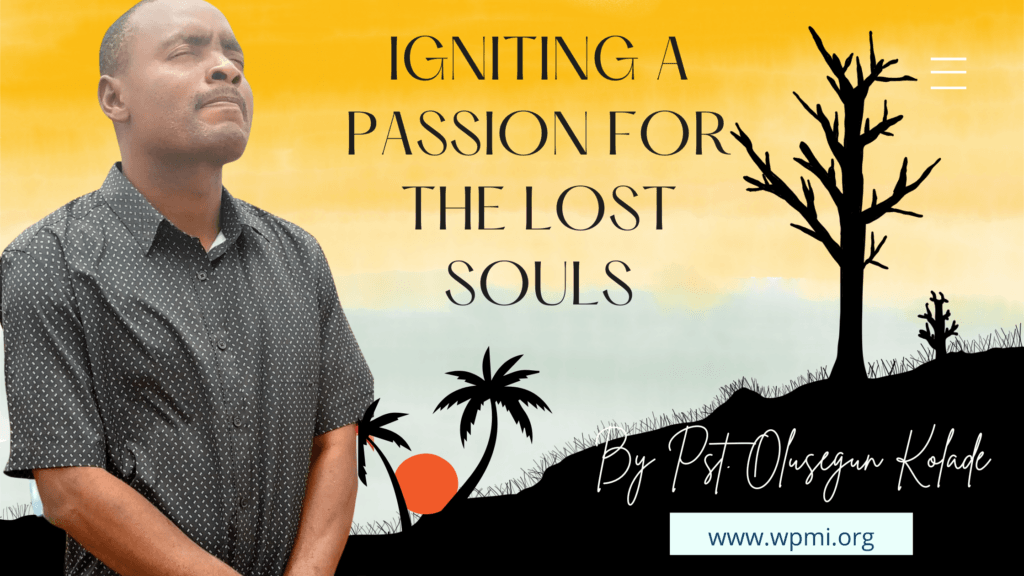 While Christ disciples went out to get some food, Jesus Christ had a personal encounter with a woman of Samaria who would also served as an evangelist and a mobiliser.

These precious souls, to Jesus Christ is the REAL HUNGER that every sincere believer should have.
Our hunger for souls should be……” 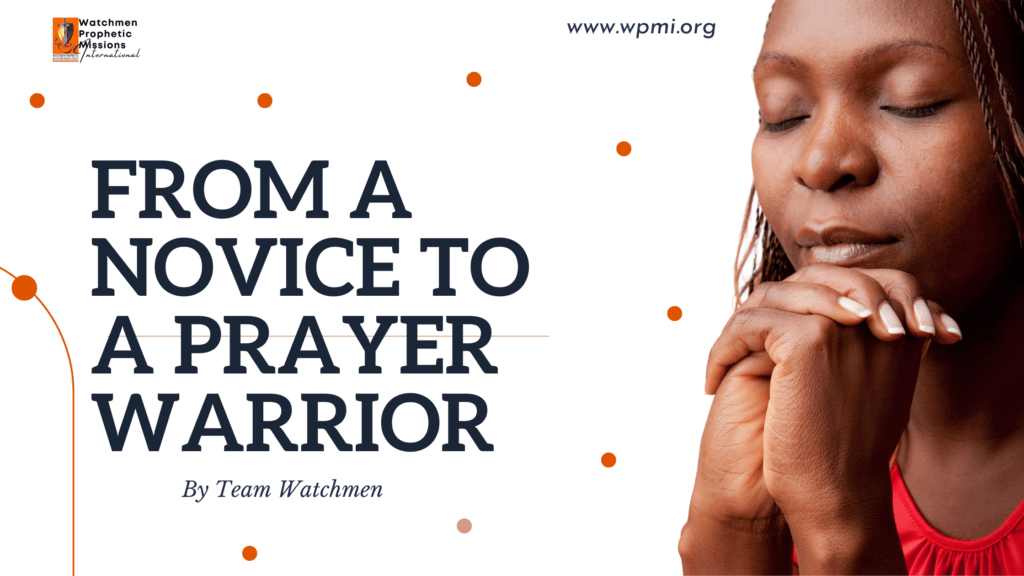 ‘I remember when I just got born again and heard the term “prayer warrior” for the first time. My heart was filled with respect and awe for these special individuals. And when I heard that every Wednesday night they gathered to pray, my respect for them increased….’ 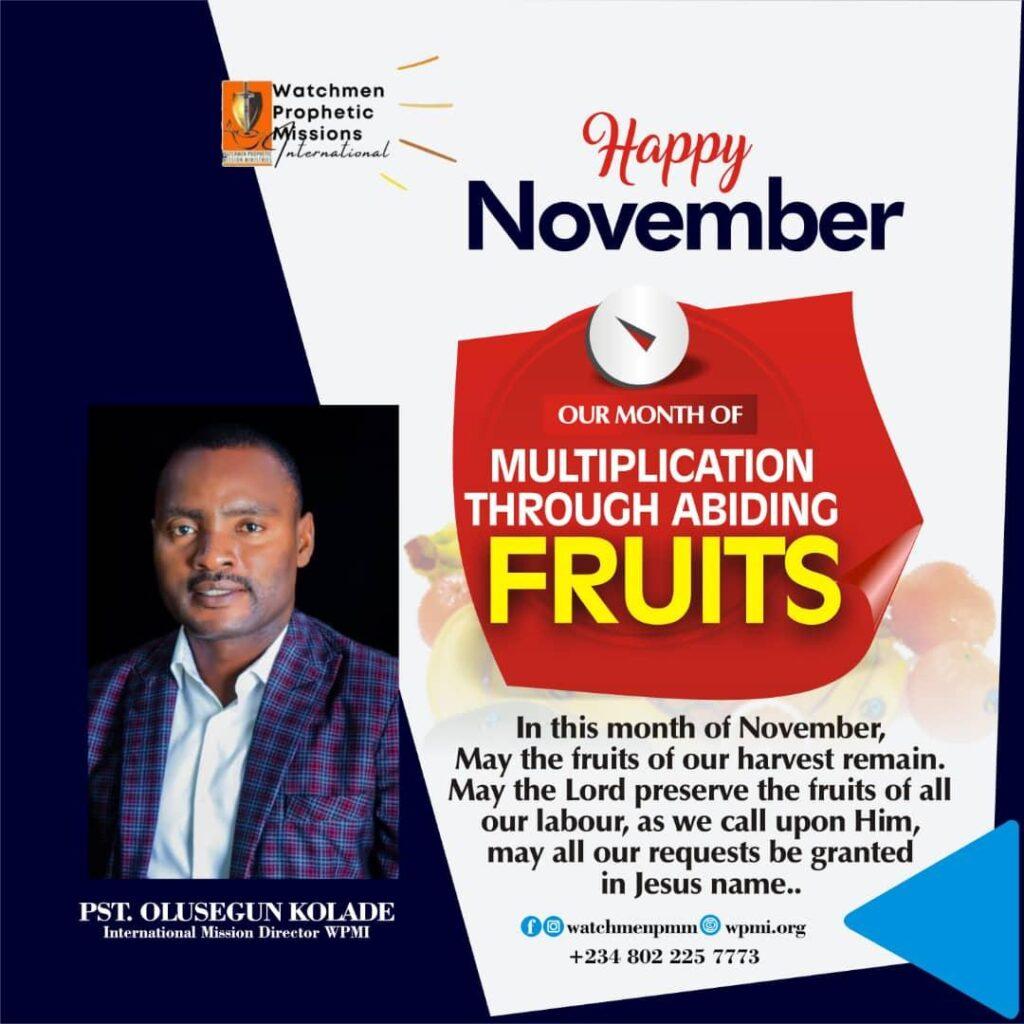 Our Month of Multiplication through Abiding Fruits

We were made to really be connected to God. He expects us to be in a long-term relationship. Only in Him can we thrive, be dependable, and produce fruits.

One major reality of the situation about this era is that you will be secluded if you are not integrated. We are like isles in the sea, separated on the surface but linked below the surface. John 15:4 says, “Remain in me, as I also remain in you,” says John 15:4. No branch can bear fruit on its own; it must remain attached to the vine. You can’t bear fruit unless you stay in me.”

To graft ourselves into Jesus’ person and identity, we must first break ourselves away from our roots in sin and death. Jesus calls us to be rooted in him. Everything else must be eliminated since we can only truly be fruitful in him.

In this Month of November,
May the fruits of our harvest remain.
May the Lord preserve the fruits of all our labour, as we call upon Him, may all our requests be granted in Jesus’ name. 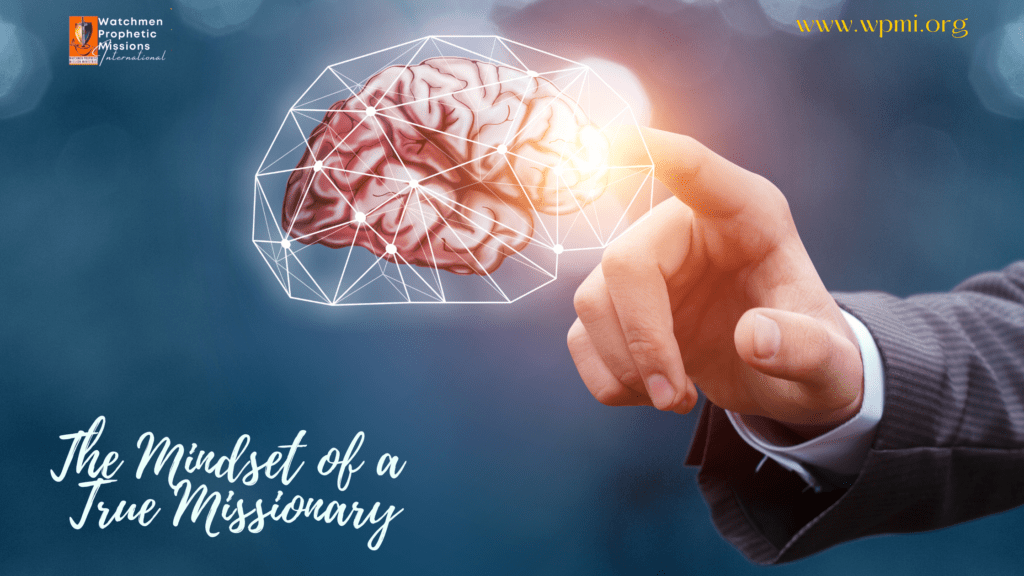 ‘Knowing what consecration means will reset your mindset in your service unto the Lord.

Whatever you willingly lay on the altar for the Lord, actually in this world you might not be able to get something like that again. You will have to look forward to your reward in eternity….’

It's #PrayerDeclarationsTuesday! Today, we are pr

"Some of the churches the Lord has helped us to pl

"We are grateful to God. Several students were l

JOIN US IN PRAYING FOR MISSIONS, MISSIONARIES AND

65 Souls won for Christ in Malawi 🇲🇼 To God

Building Construction of our second mission base i

HAPPY FEBRUARY! Our Month of Kingdom Growth and Es